The creation of Satoshi Nakamoto has lost $ 4,000 (with minimums of $ 3,714, according to data from CoinmarketCap), in a rapid movement promoted by panic in a market that had been falling for months. So far this year, falls more than 70% and analysts suggest that the current movement will not slow down to 3,500 or 3,000 dollars.

The losses are more than 33% in the week, a crash that emulates in speed and proportion to the madness of just one year ago. "What we see are the side effects of the escalating prices of the most operated of the 2017 encryption currencies," explains Mati Greenspan, an eToro analyst. "This year is just a retreat from the previous phenomenon," he adds.

The behavior of investors is explained by the feeling "tremendously bearish" that creeps cryptocurrency, explains Alberto Muñoz Cabanes, professor of the UNED, whose total capitalization barely exceeds 120,000 million dollars. Since November 7, the ethereum has ceded 40%, litecoin 41% or bitcoincash, 64%.

The reaction is "logical", according to the founder of X-trader.net, "after a prolonged period of low volatility and volume". The $ 6,000 rupture has occurred with violence and an "anti-hype" has been generated, according to FXpro experts. Or what is the same, a movement that is almost a carbon copy of the one that raised prices about a year ago, but the other way around.

"The same is happening in larger markets and where technology stocks, for example, follow a similar pattern," says the eToro expert. "As with all markets, if prices reach levels above those justified, they must go back "And the volatile and risky nature of this nascent industry acts as amplifier of the debacle, which has been capitalized in the market for encryption currencies.

"In the same way that the previous cycles have not marked the end for broader markets, these price movements do not signal the end for the 'crypto-active'," he continues. And he warns that "we are still at the beginning of the road in this sector, at this stage, volatility is to be expected".

His optimism contrasts with the ill-fated predictions of other analysts. A 'Bloomberg' poll places the goal of the $ 1,500 setback, while Stephen Innes, analyst at Oanda, places the end of the declines at $ 3,000. But it sends a bleak warning: "If the bitcoin falls to these levels, the situation will be monstrous and we will see the investors leaving in disbanded from a market in which there are still many people". 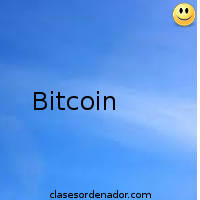