Calendar of releases and what news to expect Ubuntu 19.04

Other important dates in the development cycle of Ubuntu 19.04 are also marked on the wiki, including several phases where the functions, the interface and the kernel are frozen.

The phases known as Feature freeze, UI Freeze and Kernel Freeze work exactly as they are heard, in these they stop making changes in the functions, the interface and the kernel to avoid the appearance of new errors. These phases through which the next Ubuntu 19.04 will pass have the following dates:

Feature freeze: February 21, 2019 UI freeze: March 14, 2019 Kernel freeze: April 1, 2019 There will be no release of an alpha version during the development cycle of Ubuntu 19.04 but an official beta will make an appearance to download and try on March 28, 2019. If everything goes well on April 18 we will see the first stable compilation.

What to expect from Ubuntu 19.04 Disco Dingo?

We still do not have information about the new features and updates of Ubuntu 19.04, Canonical always takes the time to give us the first glimpse of its improvements, but we can be sure that it will come with the GNOME 3.32 graphics environment to be launched in winter, in addition to Linux Kernel 5.0, if it arrives on time.

On the other hand, there are some features that were planned for Ubuntu 18.10 and that did not arrive on time, so they could arrive with Ubuntu 19.04, among them we have the Android integration through GSConnect, a new magazine view for Ubuntu Software and Snaps for Chromium and Steam

We are sure that Ubuntu 19.04 Disco Dingo will come loaded with many new features and arrangements that we will know until the company launches a new statement on the subject. 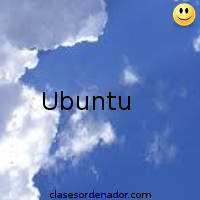