Microsoft prediction for the year 2019

Microsoft had decided to share its technology predictions with the public for the next ten years, and in the process imagined a future full of transparent screens, touch interfaces, mixed reality, ultra-compact mobile devices, real-time translations, and more.

The world that Microsoft visualized for 2019 ended up sinning as an optimist, but there are some isolated elements in the video that are already among us ...

Yesterday was the turn of a true teacher among science fiction authors. Today, it's up to one of the companies that (for better or for worse) helped define the present and the future of computing. History tells us that Microsoft is not a particularly good company when making predictions. Steve Ballmer anticipating the "failure" of the iPhone is one of the most compelling examples, but if there is something that the giant of Redmond has taught us, it is that he changes his mind in record time.

The Microsoft Kin lasted less than two months in the market, after investing two years and a billion dollars. Windows 8 and the first generation of Surface tablets were going to forever alter the historical operating system, but in July 2013 they cost more than 32 billion dollars, and began to make multiple adjustments. In September of that year Microsoft announced that it would pay 7,000 million for Nokia's mobile division, and in July 2015 it left it to die. With such a file, is it possible to take your predictions seriously? If we want to answer that, we need to review this video of the year 2009:

One of the first things that this short screams is "mixed reality". Of course, we do not see anyone wearing a helmet in the HoloLens style (which is from 2015), but the general tactile interaction, the recognition of gestures, the manipulation of virtual objects and the display of information on different surfaces leave no doubt about it . One thing Redmond has come up with is the wide use of flat graphical interfaces, the partial return to the stylus, real-time translation and the application of circular controls. This was manifested through Windows 10, the Skype Translator function, and products such as the Surface Studio computer, which last October received its second edition.

Microsoft also made a space for voice recognition in this short, and today they are occupied by Cortana, Alexa, Siri and Google Assistant, among others. Now ... personally I want to emphasize that the company imagined a future post-smartphone. Mobile devices are just a few folding glass modules as big as credit cards. This idea was suggested by different representatives each time they were asked about a hypothetical "Surface Phone", and it is clear that there is an intention to do something in that line. Finally, intelligent paper and the cup with real-time reports not only do not exist, but feel out of place. In short, if you decide to pay $ 3,500 for the Surface Studio 2 you can have a small portion of what Microsoft predicted for 2019. As for the rest, you have to keep waiting. 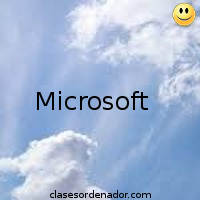